SCRYING: The Art Of Crystal Gazing! 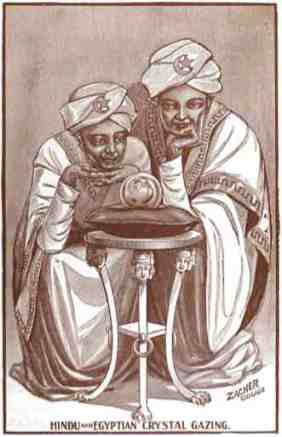 The art of Crystal Gazing has a history as long as civilization itself. Gazers in the dim past used clear pools of water to focus on. Eventually this evolved into gazing at a clear crystal. That led to the Crystal Ball we now use not just for gazing but as a common figure of speech. Mostly it gets used in a negative manner in conversation. When someone goofs about, say, a stock tip. The answer is a cop-out like, “Well I 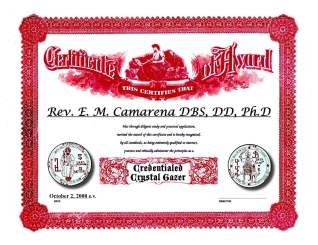 Well, I proudly state that I do have a crystal ball and I do look into it. With all the jesting about crystal balls and crystal gazing did you ever ask yourself if you ever met a crystal gazer? If you did, you may not have known it because many gazers keep it quite hush-hush. So let’s clear up some misconceptions.

Given all the above, I must warn that as with any profession, medical, legal, education even religious practitioners, Crystal Gazing has its share of flimflammers. So how do you tell if a particular gazer is real or a money grubbing thimblerigger? You separate the gold from the dross same as you would a Tarot reader. If the reading troubles you and you feel worse than you did when you started with this person, get away fast and do not come back! Divination – including gazing and scrying – exists to help you understand the world around you. So melodramatic readings should raise a red flag. As with Tarot again, Crystal Gazers should never tell you that you or all your cash are cursed and need “exorcism” which they will gladly to for you as soon as you bring all that cash right in to the Gazer for cleansing (See Exorcism Page under My Religious Services). And a genuine practitioner will never – repeat NEVER – tell you that you are going to die. You know why? Because you are going to die. So am I, so is everybody else who is alive. Like the man said, there’s a time to live and a time to die. That’s all you need to know about death being in your future. 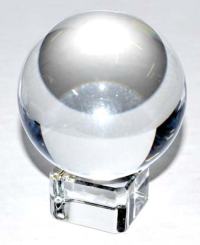 2″ Crystal Ball with stand – Click for details at AzureGreen

Crystal Gazing has a long history. Sadly, it is, like everything else in this world, sometimes misused by some people. The crystal really is just an aid to our concentration. So if you ask me as a gazer to look into the ball to see what’s happening around you, no problem. I’ll do the requisite gazing until I have something to tell you. But understand that questions like “Will I get that new job?” or “Will I get married” or “Should I go on that cruise to the Middle East” are not suitable for divination. They are suitable to your own hard work and common sense. If there is something you would like me to look into for you, let me know. If you want to learn to Crystal Gaze yourself, I recommend a book called “6 Lessons in Crystal Gazing” (which is back out now in a facsimile edition of the original), and a 2” to 6” crystal ball. These sizes are very affordable and you really do not need anything bigger. Since we use a crystal ball by concentrating our vision, by focusing down, a large ball does not really matter. For example, I use an inexpensive 50mm (2″) ball with a stand. The one pictured costs just under $10 and it meets all my Crystal Gazing needs!

Click The Crystal Ball Below To Have A Reading. 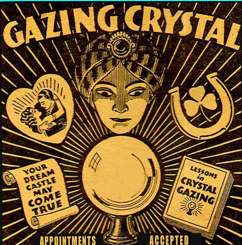