The Golem: How He Came into the World

From just shy of 100 years ago, the German silent film DER GOLEM, co-directed by

(and starring) Paul Wegener stands as a seminal horror film, with an undeniable influence on the American 1930s classic James Whale film FRANKENSTEIN. A visually gripping story – as a silent film should be! – the film offers a dramatization of the folk legends about Rabbi Judah Loew of Prague, who supposedly created a gigantic living statue to defend the people of his community from attacks in the 14th Century. Some scholars say Lowe’s now-inert creature, made of mud and brought to life with Kabbalistic magick, still exists in the attic of a Prague synagogue…

Conveyed with the stylized effects of its day – highlighted by arresting sets designed by famed architect and designer Hans Poelzig and photographed by film giant Karl Freund – the film remains a pillar of the horror movie canon. Freund would soon migrate to Hollywood, where he earned a solid reputation for his camera work. He would himself direct an influential horror masterpiece – Universal’s much imitated 1932 film THE MUMMY starring Boris Karloff. In a long and distinguished career, Freund would receive Hollywood’s Academy Award for his cinematography of THE GOOD EARTH. Freund Directing Karloff In THE MUMMY

A highlight of the film is, as one would expect, the sequence in which the Rabbi creates and vivifies his Golem. The film depicts the building of the magickal circle and use of the incantations with great fidelity. Only people truly versed in the magickal/Kabbalistic arts could have made these scenes so realistic and chilling. When the Rabbi summons up the demon to demand it reveal the secret Word Of Power to bring his creation to life… look out! 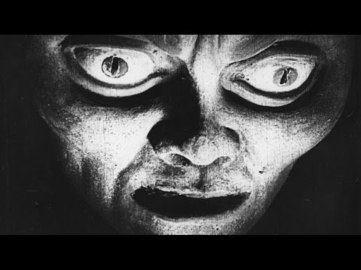 The Demon! (Who I shall not name)

More than just shocks and terror, the film contains some funny scenes, such as the Golem going out into the walled village to do the Rabbi’s grocery shopping! All-in-all, a classic of both the early cinema and of Magick. I never tire of seeing this film – I could look at it all day long…

And now… THE MOVIE!

If we think about it, The Golem has appeared in many guises in many films. Some even classics. If you have seen the silent film above, you will recognize what I meant above by citing its influence on the film FRANKENSTEIN.
This 1931 movie must stand as the most most famous retelling of the legend.

In 1939, horror film giant Bela Lugosi appeared as the Mad Scientist who created a fierce robot in another iteration of The Golem: THE PHANTOM CREEPS – a 12-part movie serial. 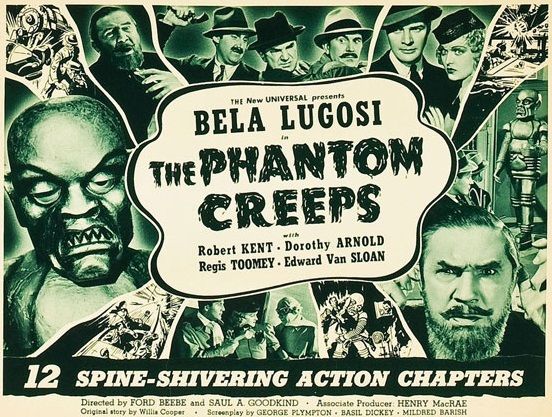 Old-time movie serials had a large influence on modern classics such as Raiders of the Lost Ark as well as the endless Star Wars cycle which took its vertical scrolling introductions from The Phantom Creeps, the first serial to use this technique:

If you like the old serials – or if you want to see some – check back here soon for some exciting news!

This movie, from 1967, is a direct, if belated, sequel to Der Golem. It also goes by the title THE CURSE OF THE GOLEM:

Ready for a true Mind-Blower? THIS classic film also retells the story of The Golem – for what is the renegade computer HAL-9000 if not a Hi-Tech golem? –  but few have ever written about that!

Click the above image for an interesting article that delves into the Judaic roots of “2001: a space odyssey” – although the author make a common mistake when he says the movie is told in four parts. It is told in only three parts, with the first part (The Dawn of Man) almost always erroneously split in two by people who misinterpret the meaning. The Dawn of Man does not end with the fight at the water hole. It continues into the scenes on the moon. I explain that IN THIS ARTICLE.

So! Inspired to make a Golem of your own? Just click the picture below and follow the instructions. But remember… you’ve had your warning!

If you don’t make your own Golem, how about… MAKING COFFEE OR TEA in your ceramic 11 Ounce GOLEM mug? 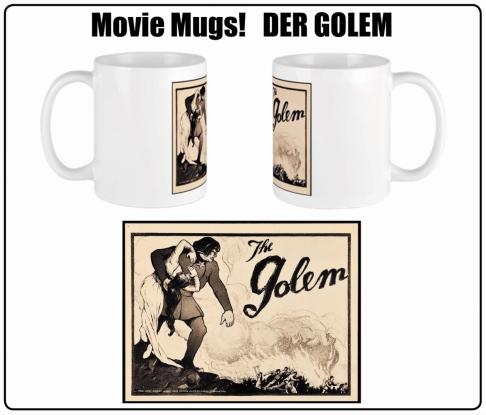